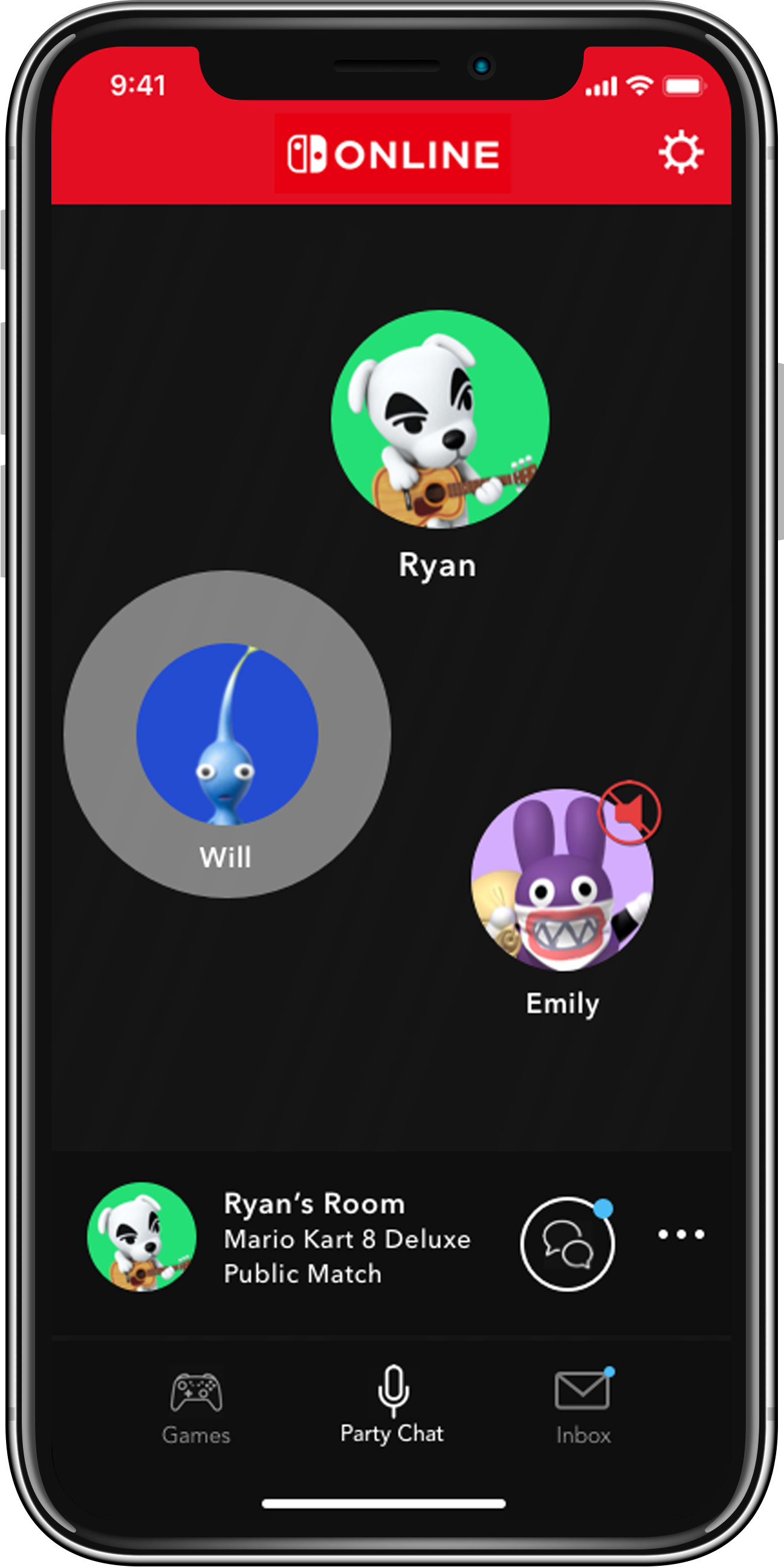 This was a 6-month long project where I sought to expand on the Nintendo Switch Online app to expand messaging to mediums beyond voice chat to cater to users who are uncomfortable communicating solely via voice chat.

How might we make communicating while gaming online a more comfortable and safe experience for all users, while also ensuring that it doesn't interfere with gameplay?

Nintendo fans have been long clamoring for a messaging system to be implemented into the Switch, as has been present in predecessors dating all the way back to the Wii, which came out in 2006. Nintendo's current solution is their companion mobile app, but it is restricted only to voice chat. This proves problematic in a few different ways, however, today I'll be tackling the issue from the lens of how this may affect gamers of different genders. 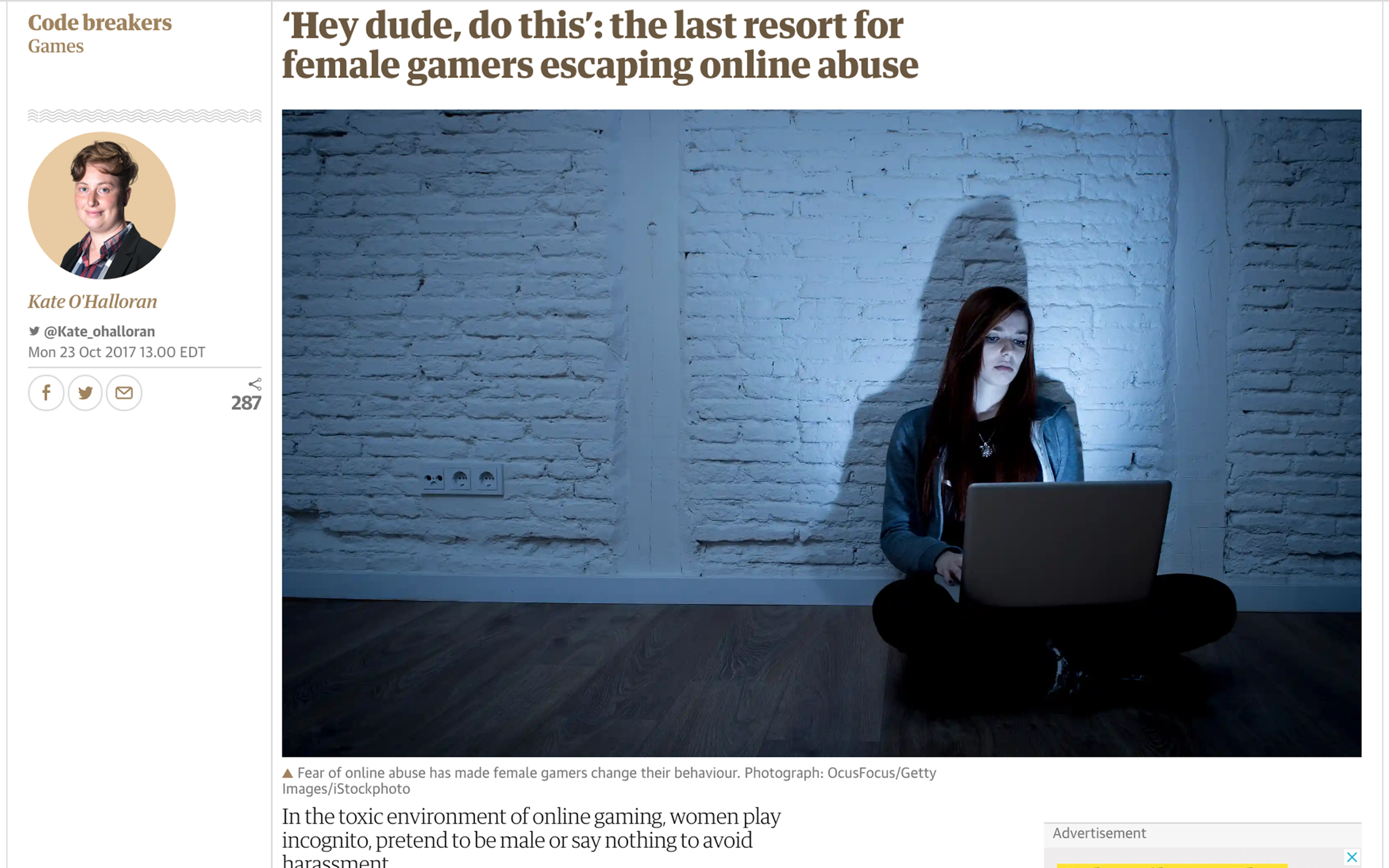 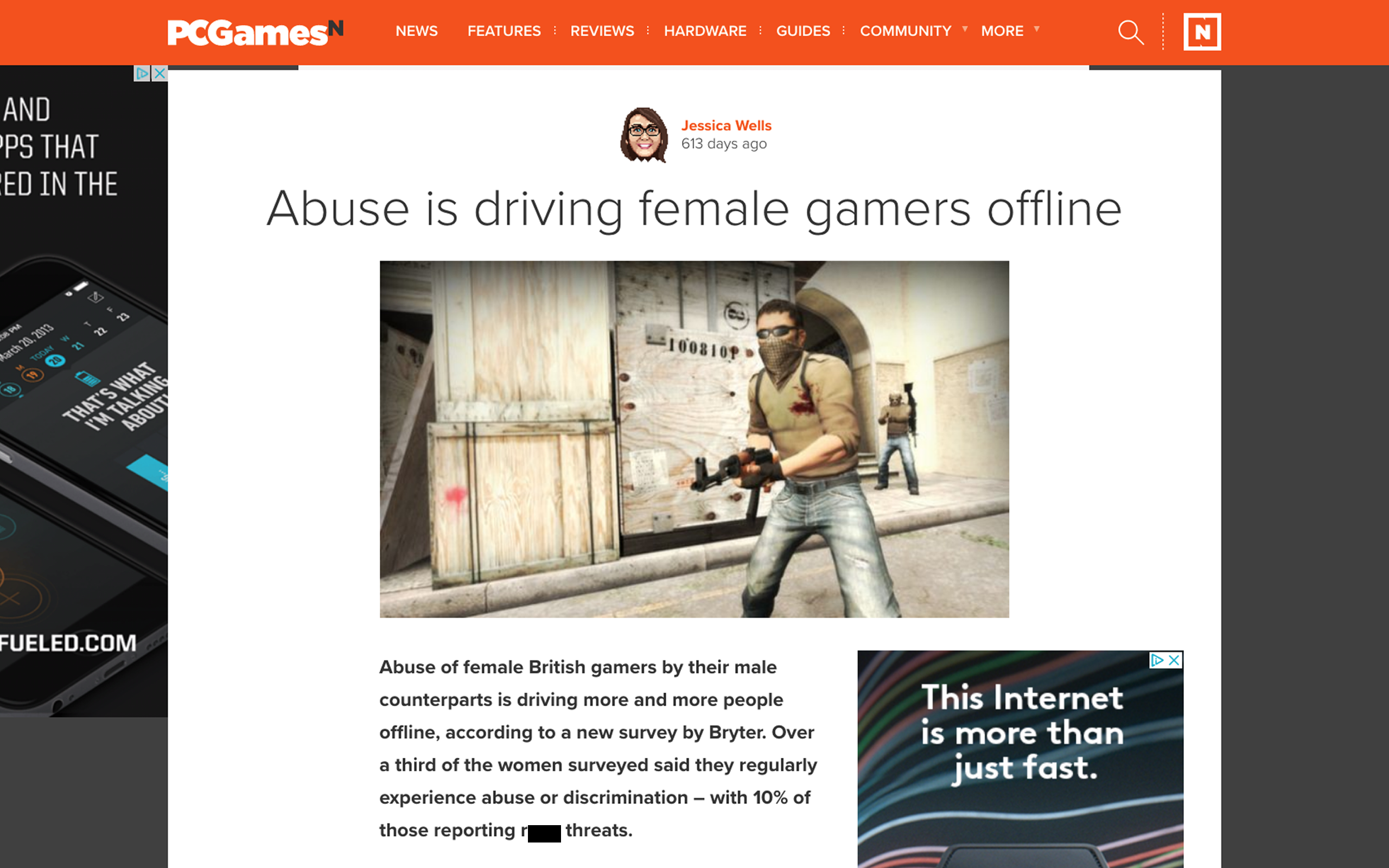 In my studies, I focused a lot on how gender affects the way that people play video games, it was the intersection of my two major interests. In my research, I found that very often female gamers are likely to refrain from communicating via voice chat and remain anonymous so as to not let other players know that they are a girl, as it more often than not attracts unwanted attention. 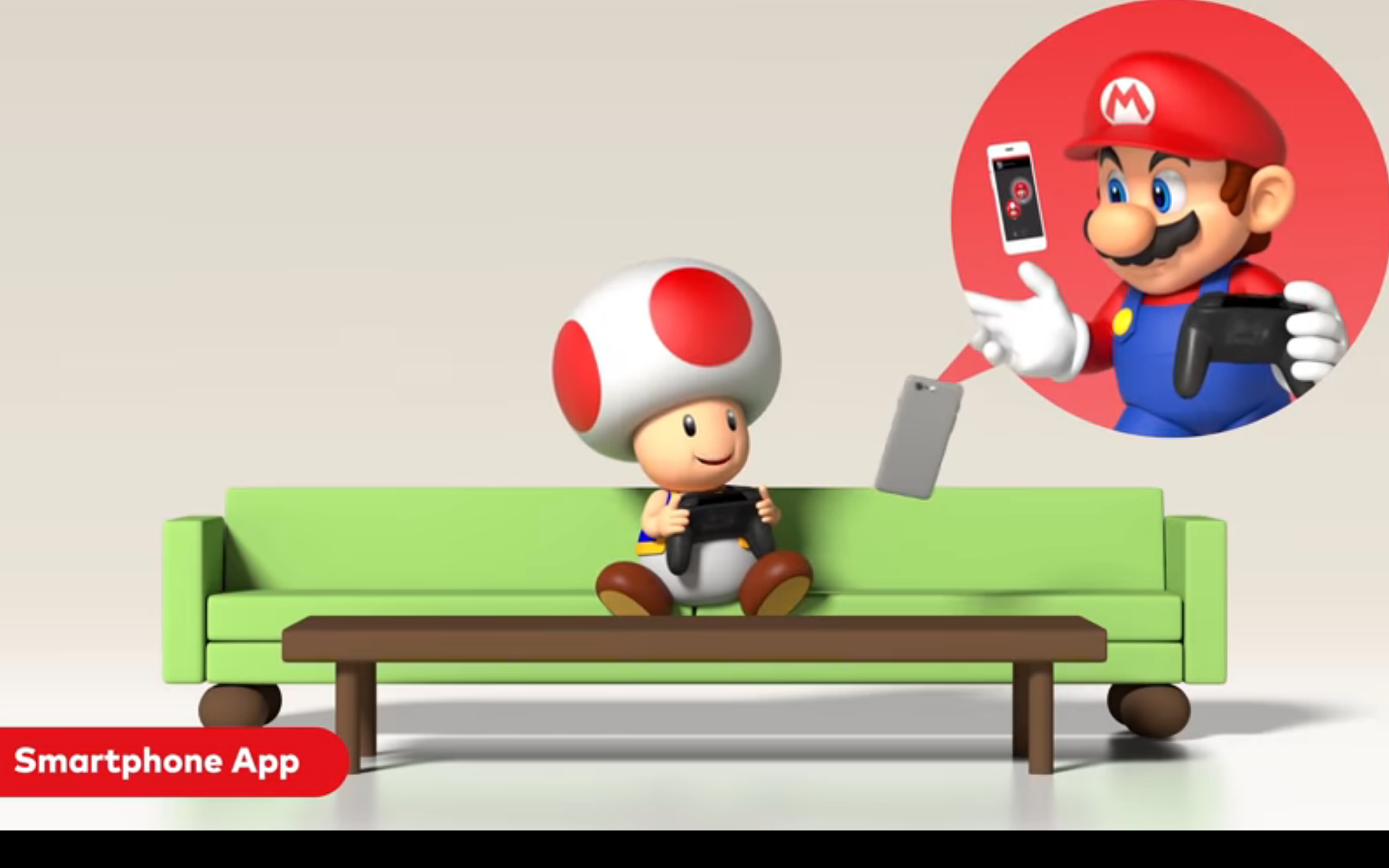 By limiting communication to only voice chat, Nintendo is not accommodating enough to the needs of all of their users, and so I sought to design a solution that would make for a safer chatting experience for all players.

The biggest restraint I dealt with in this project is taking into consideration the technical limitations of both the smartphone app and the Nintendo Switch itself, and ensuring I was designing a solution that was feasible.

I conducted a user research by reaching out to the Nintendo Switch subreddit and asking for some demographic information, as well as their opinions on communicating online including which methods they prefer, how comfortable they are communicating with random player compared to their friends, etc. and compared the feedback I got from male players compared to female players.

Comparing how less likely women are to communicate with men in an online gaming environment shows supports the concerns reported above, but seeing the increase in likeliness they'd participate if given the option to communicate via text chat or predetermined messages proves that Nintendo is (likely unintentionally) sidelining the opportunity for everybody to participate. 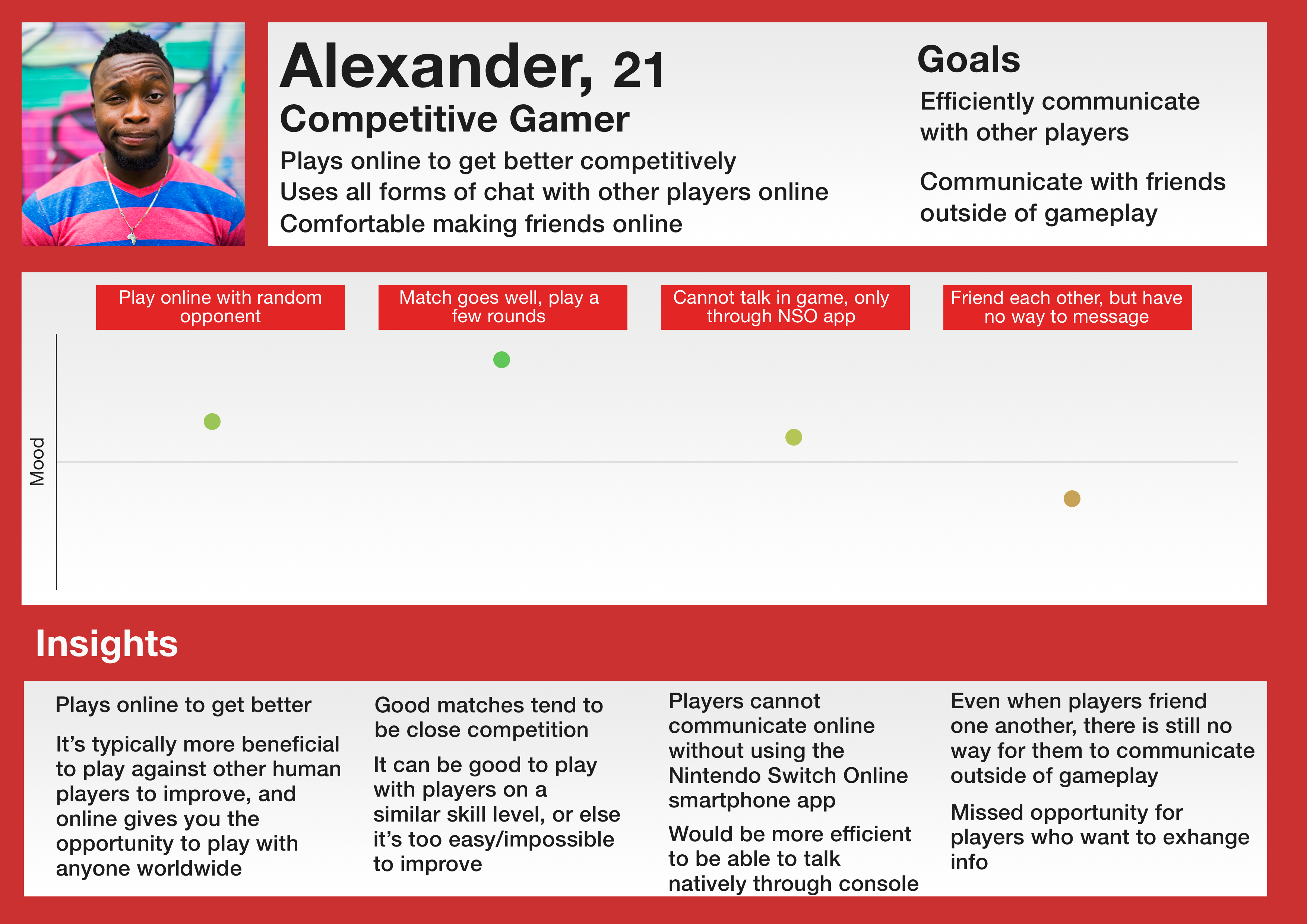 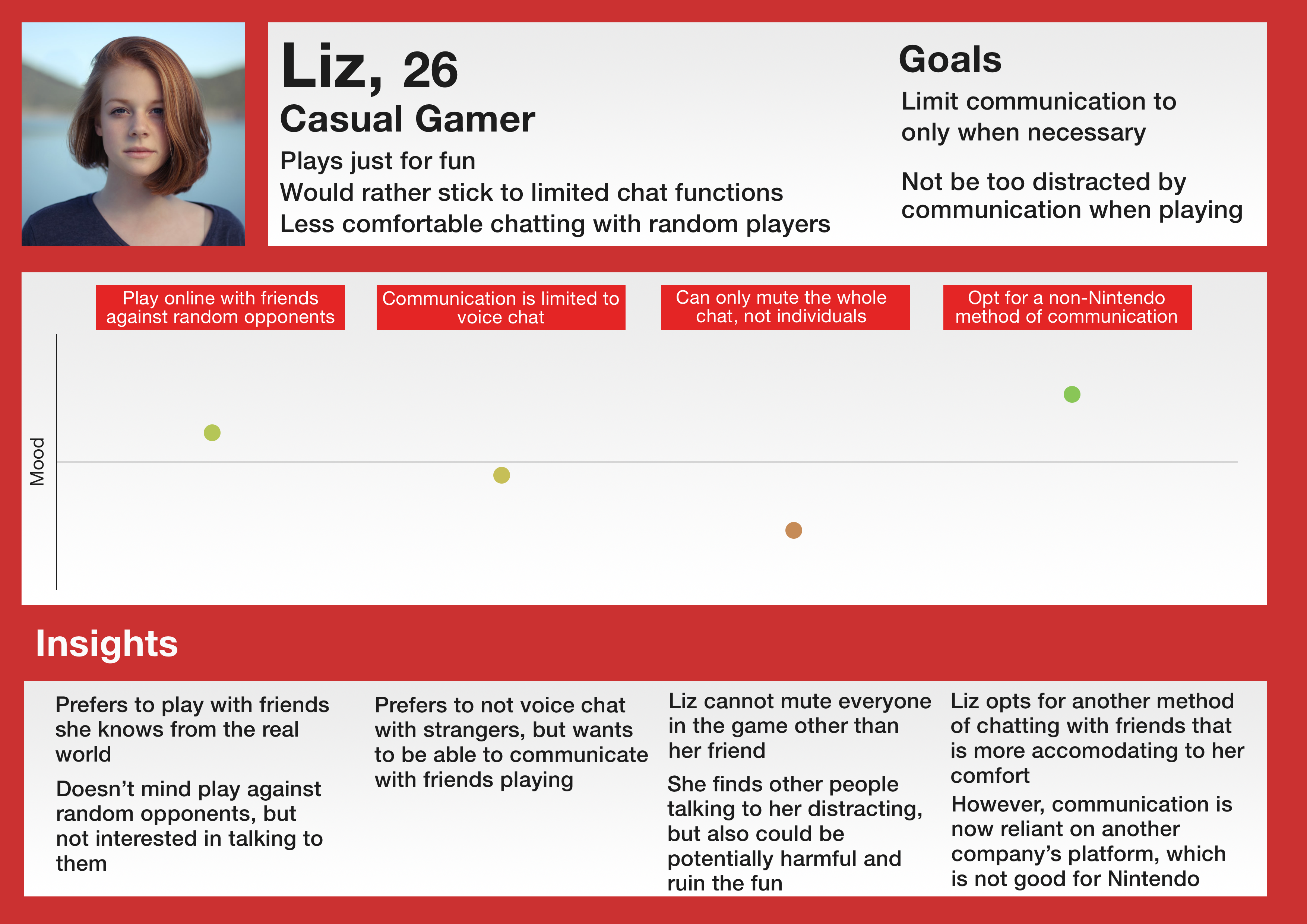 The two different personas represent the two sets of requirements for in-game design, the first prioritizing limiting negative impact on gameplay, while the other focuses more on the safety and comfort of the player throughout the online gaming experience.

I began my creative process by conducting an affinity map, and this focused on emphasizing aspects such as user safety and ensuring learnability and ease of use. 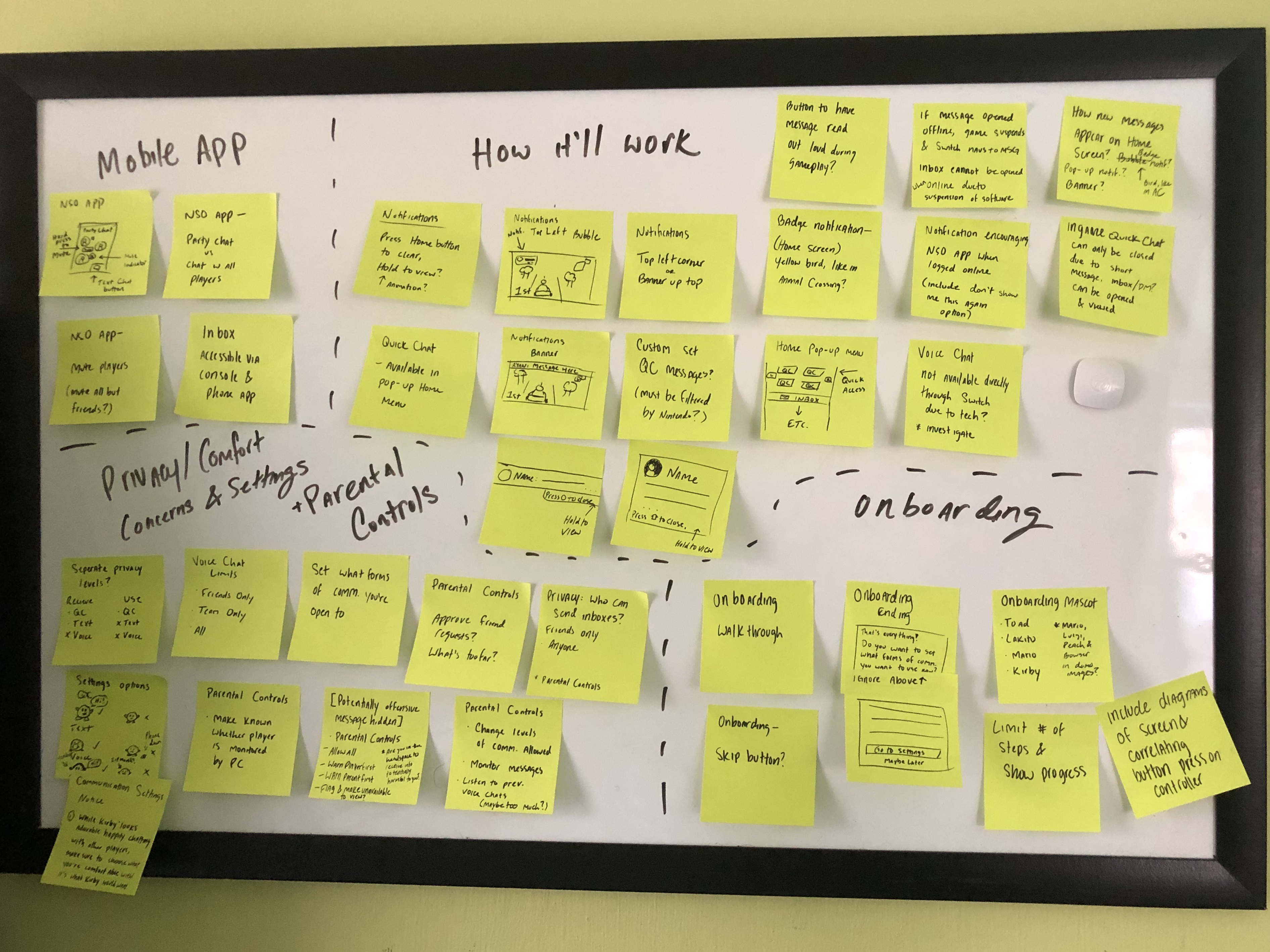 From there, I sketched out a few key wireframes to help guide the final design and test out a few concepts. These screens included both concepts for the mobile app UI and the Switch's UI, and focused on ensuring accountability for the start to finish of the messaging process, and how each step may look on both the phone and Switch. 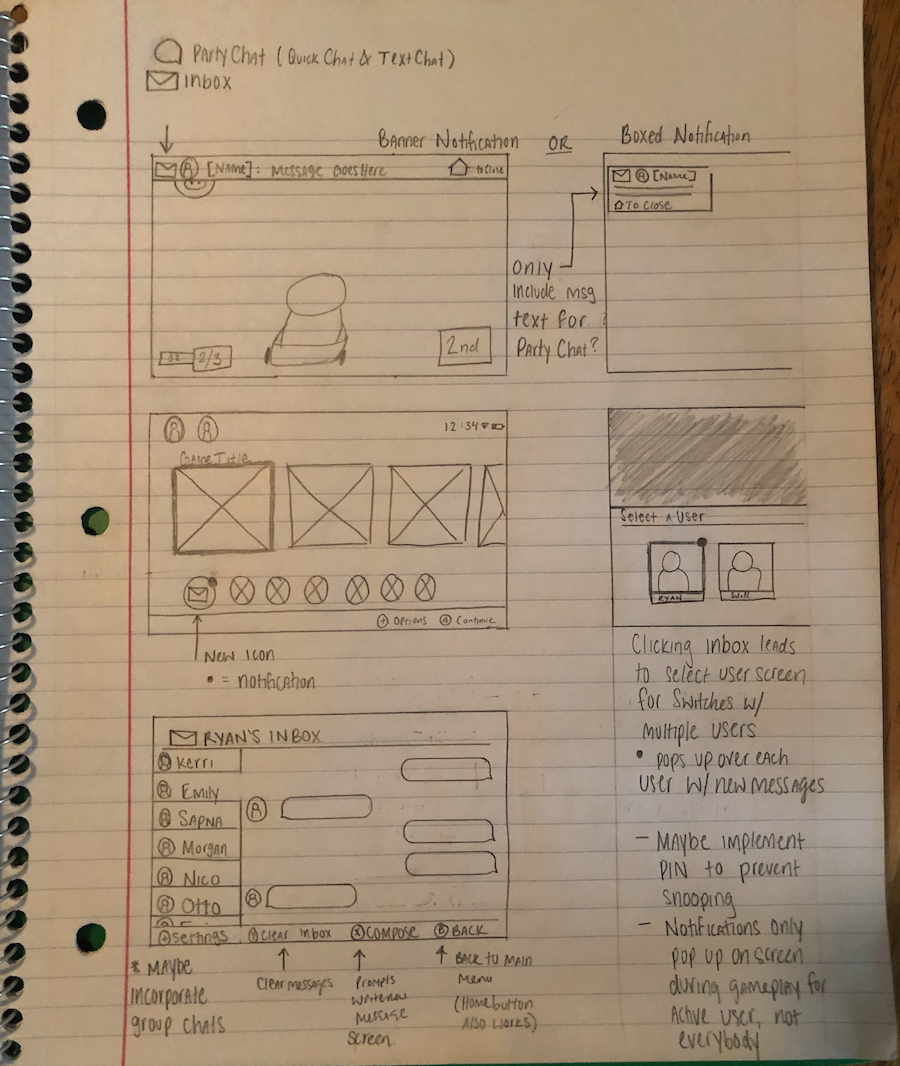 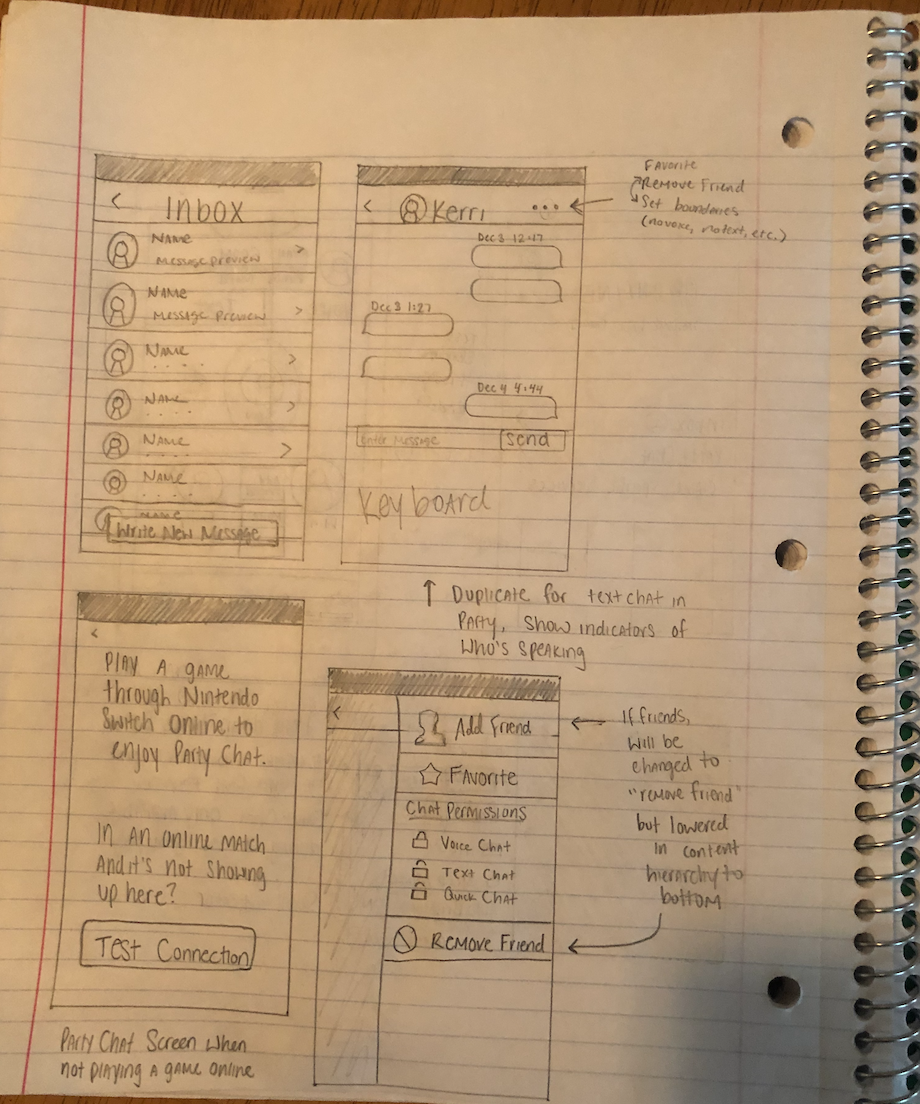 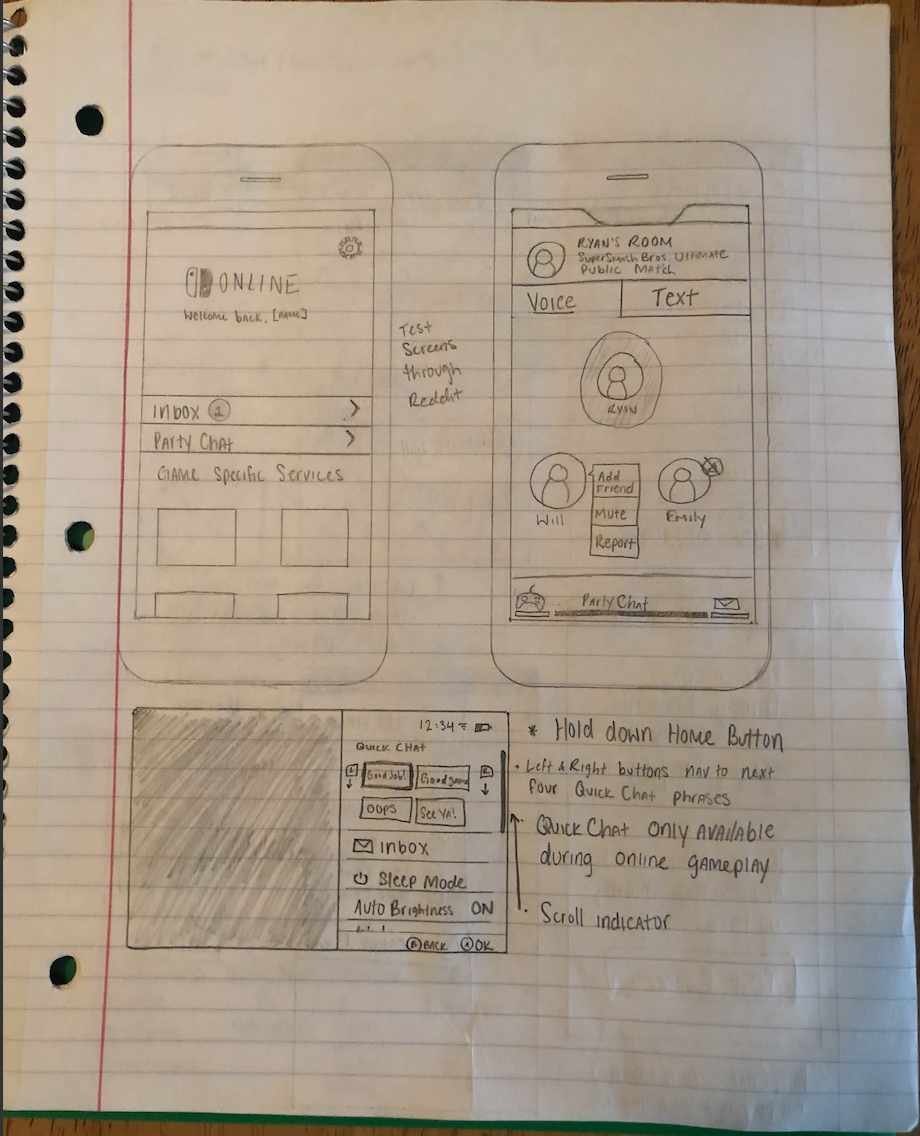 After conducting a round of usability texts on more mid-fidelity screens, I had a good idea of which designs users preferred. From there, I made the choices based on the users' feedback and polished off the final designs. 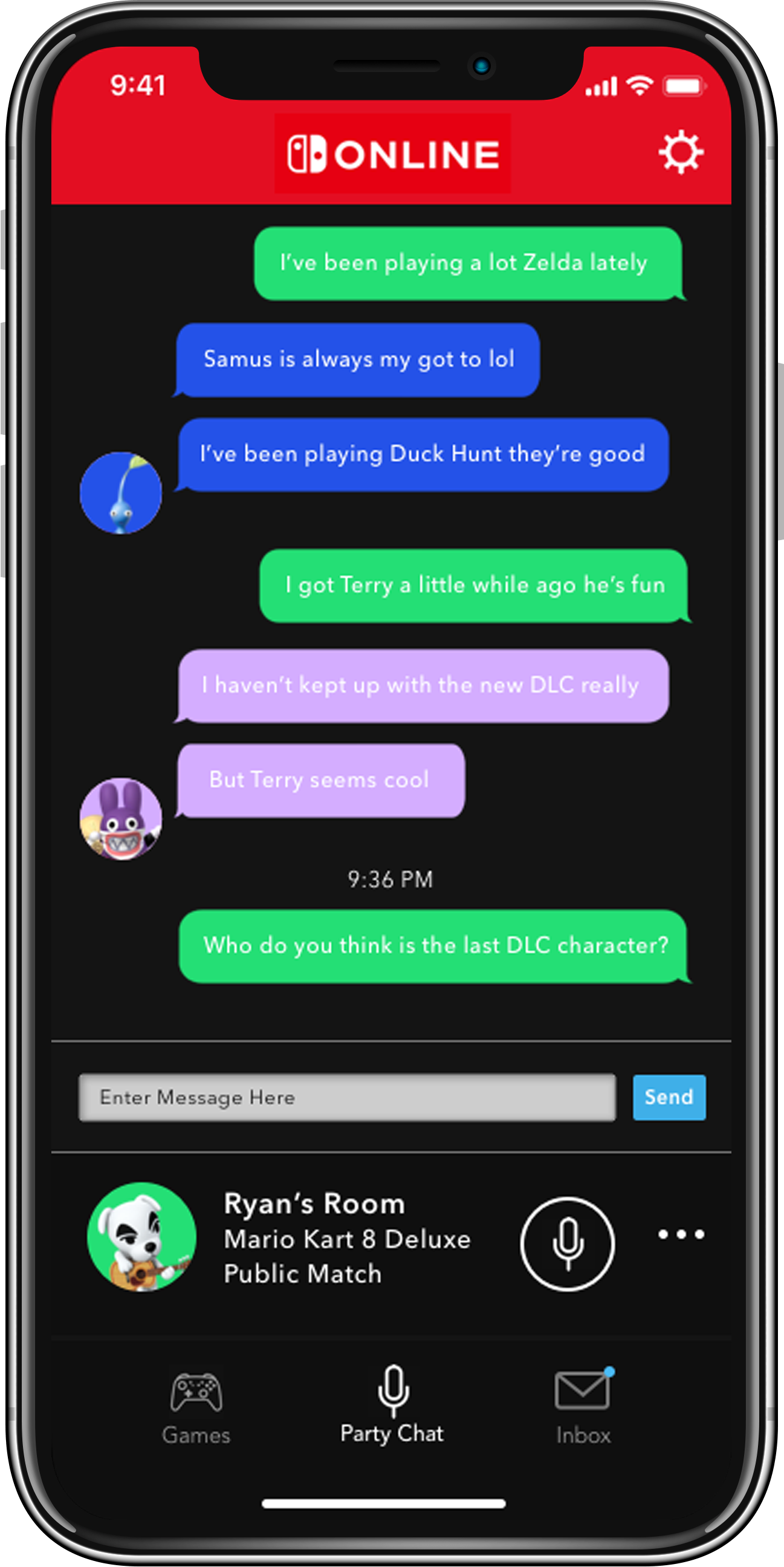 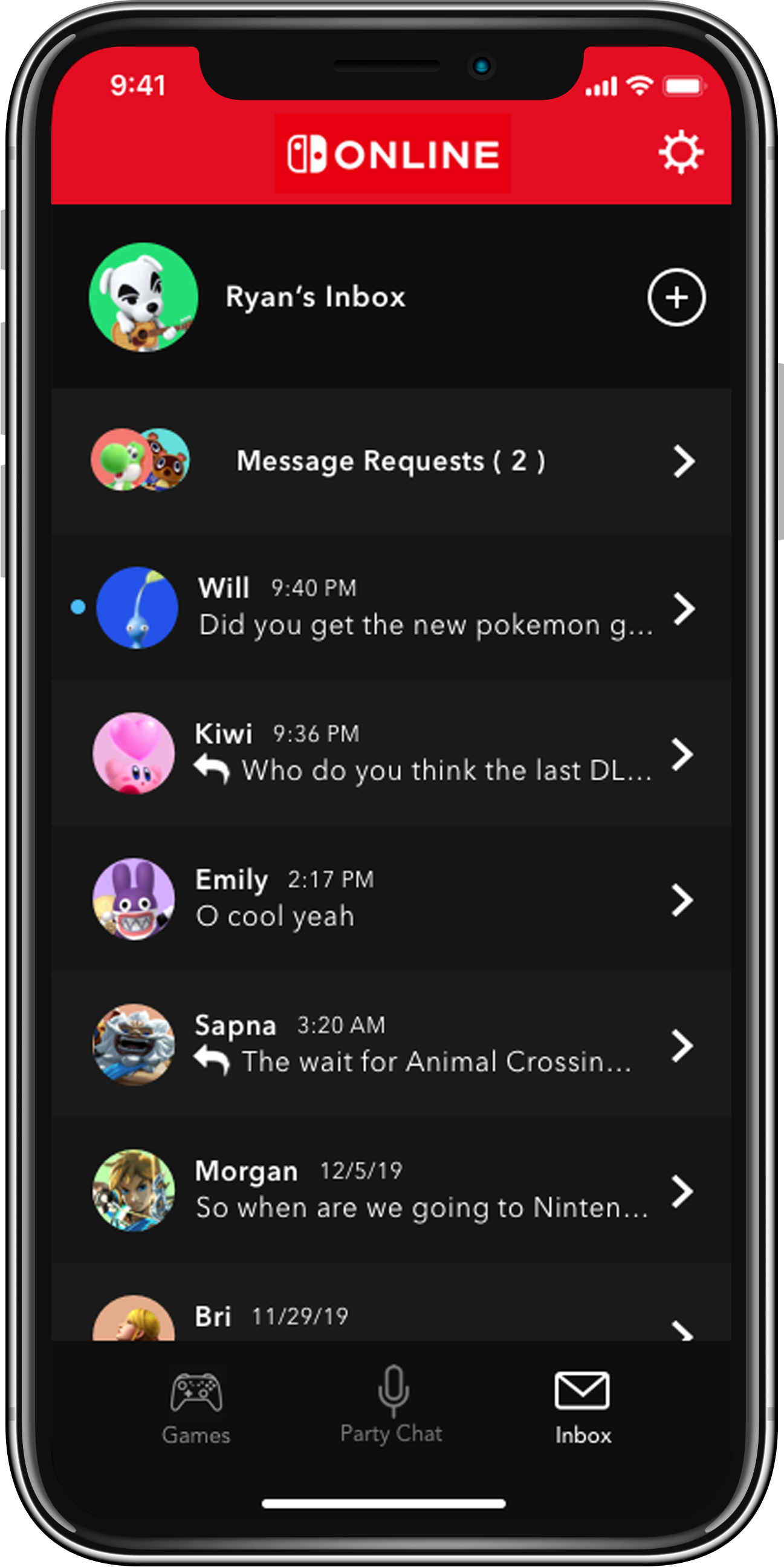 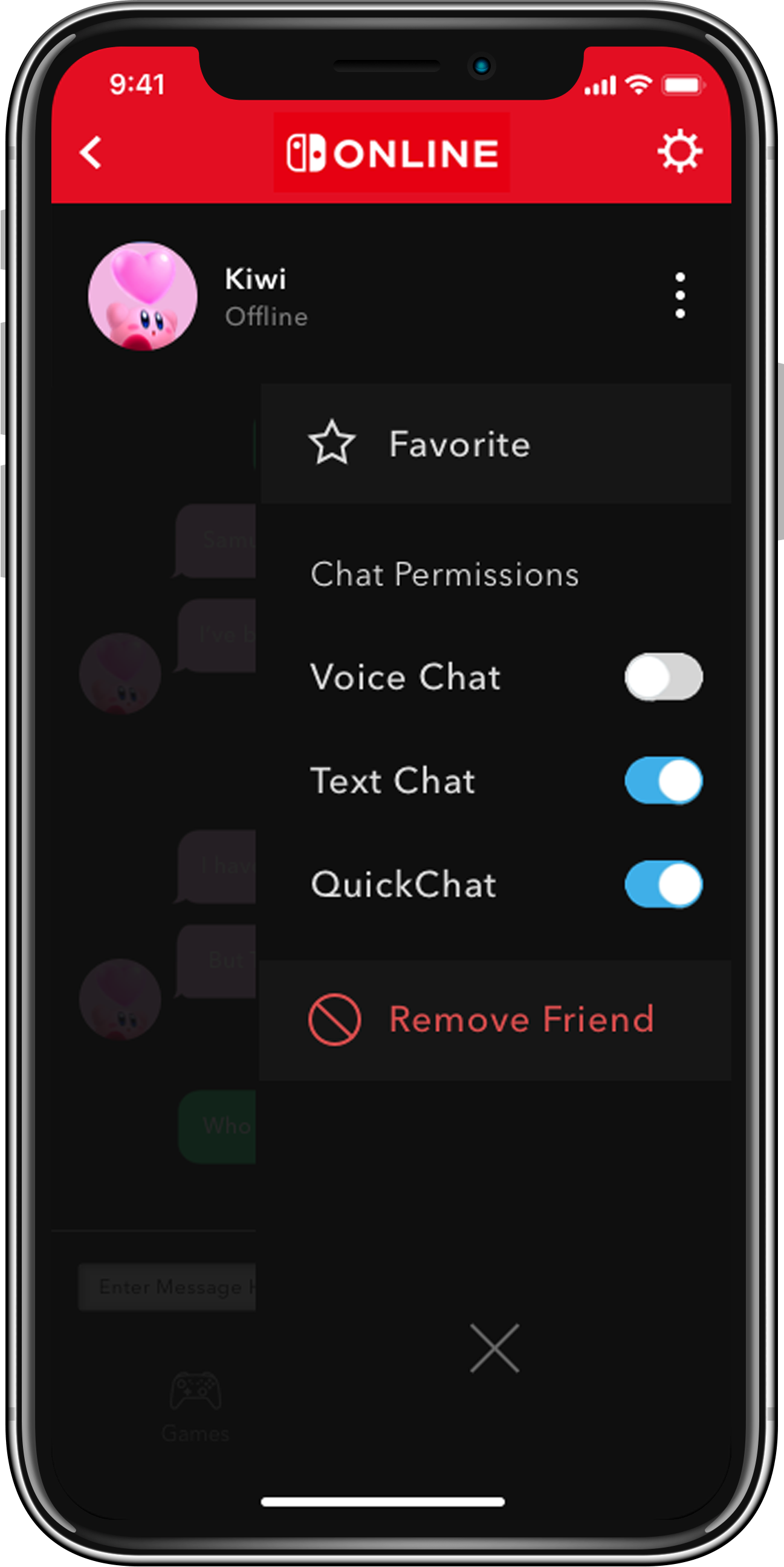 The mobile app is entirely dedicated to communication means for the user. I wanted to make sure the design coincided with Nintendo's existing design system, and wanted to ensure users had full control of how they communicated with others, as well as the limitations in how others can communicate with them.

In addition to ensuring privacy and safety concerns were alleviated with this design, from a gamer's perspective I wanted to push how communication could further be innovated through the Switch's system. Thus, I also designed a message notification system for when user's receive an inbox message, as well as redesigned the gaming system's menu to include "QuickChat" messages that users could send during gameplay, all without taking their eyes away from the action.